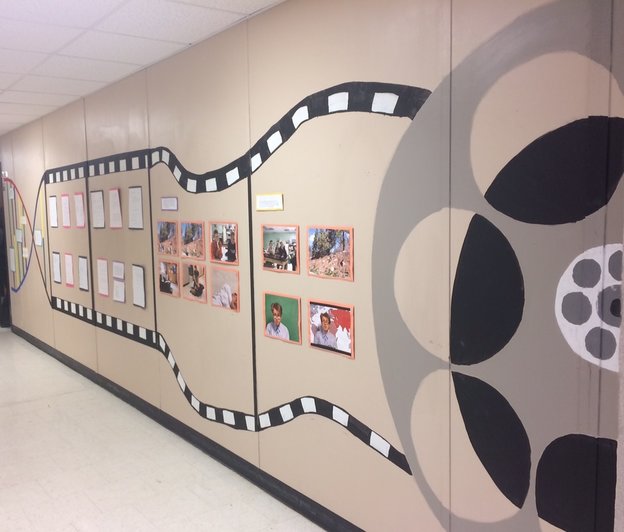 Prior Learning:
Before this project, I have learned about how to write a scientific proposal. I learned this skill in prior science classes I have been in as well as this biology class. We learned about using a professional tone in our writing. We also learned in this biology class this year that you should not use pronouns in your scientific proposals. Since I have used these skills before I felt confident in my proposal after I wrote it.
Present Experience:
Two significant things I accomplished in this project were learning to make infographics on Venngage and talking to the public about our project at the exhibition. Being able to do these two things contributed to the project because the infographic gave information on part of our proposal. Also talking to the public about our project was beneficial for the project because it spread the word about the black bears and encouraged my group members to talk to people about it as well.
A difficulty I came across was keeping my group on track in order to get our work done in time. This was a difficult thing for me because I am a person who gets shy and doesn't want to come across as bossy, and because of this a lot of the time in groups I do most of the work. I do this to put my own mind at rest knowing that the work is done and a weight is lifted off my shoulders. I should improve on this by working on gaining confidence to talk and help lead my groups.
Some of my assumptions were correct and some were proved wrong during this project. I was proved wrong by some of my group members who got their work done on time and it was done really well. Although some members proved me right and had some trouble getting their section of the work done when it was needed.
In this project I learned a lot about bears mortality rate, and why bears come into town and to people's houses. I learned that more bears come into town when there is a shortage of food in their ecosystem and they decide to come down into town in order to find food. Bears also come to people's houses to find food and when they aren't scared away they begin to believe that it's okay to continue coming back
If I did this project again I would try to decide on our projects question sooner and hopefully find data sooner as well. If we did this I think we could have had more information and more time to make our infographics better and easier to understand.
Your Future:
This project helped me with my future because learning how to make the infographics which I can use in future classes. Also working in groups helps because at jobs you have to work with people whether you know or like them or not. This skill is practiced in a lot of classes and will be very helpful for when we are needed to collaborate with others.
It would have been helpful to know how to make an infographic on Venngage. This would have been helpful because I could have been able to put the infographic together faster with a better presentation. After being able to make the infographic faster I could have received more critique and made it as good as possible.
The activities in this project meshed well with my learning style because I enjoy working outdoors and in groups. We got to be in groups throughout the project which I enjoyed because I work better in groups than individually. I feel that when I'm in a group I can collaborate well and we can all pitch in ideas and our work to make a good final product. I also really liked the hiking and trail work because we learned a lot and it was fun to do the hike and trail work.
Participating in this experience will change how I approach other projects because I will have more confidence in my group members than I used to. I can also work on having the confidence to talk to my group members and encourage them to get their work done.