LINK Description: LINK is an opportunity given to juniors at AHS to do an internship with a mentor of their choosing for three weeks. We go through a process of choosing a mentor and connecting them with Janae then in May we get the chance to leave school for three weeks to work with our mentor, learn what they do, and make a project.
​
Business Description: I went to Mozambique, Africa to work with "Heart For the Needy". This is a nonprofit organization made by a family who wishes to create a safe and loving environment for orphans in Mozambique. They encourage their kids to get an education and be responsible members of their community.
Heart For the Needy Website 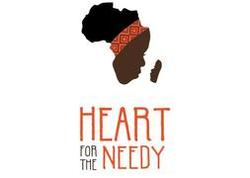 LINK Anticipation and Preparation: When starting to find my internship, I already knew that I wanted to try to travel abroad. I began by talking to friends to find connections in other countries. My first plan was to go to Greece to work at a refugee camp, however, because I was not yet 18, I was unable to go. I found myself hitting the same wall when attempting to go to England. Then I attempted a trip to Uganda, but communication was not consistent and I was not given an answer in a timely manner. After all of this, I was told about the orphanage in Mozambique so I got in contact with Laura and Phil, my mentors. Right away they told me they'd be happy to have me come out and could easily make a project for me. I was excited to go somewhere I've never been and make new memories. So I began getting tickets, a VISA, and pulling together everything else as quickly as possible. I hoped to gain new relationships and understanding of the culture I was going to experience. I wanted to bring fresh ideas and positivity into their work. I also hoped to leave with new friendships from those I met and leave a good memory of the stranger they took on.
​
LINK Project: My LINK project was mainly to design a playground for the kids at Heart For the Needy. I was given ideas, time, and a lot of support. While this was my big project, I did many other things during my time there. I took pictures and videos that were given to a friend of theirs so that they can create a promotional video. I took on a class of five students toward the end of my trip that I worked with to help them improve their English. I also just had a great time getting to know the kids, helping them study, and playing with them.
LINK Reflection: My previous experience with kids was helpful in working with and playing with the kids. I work with kids a lot at home and so trying to get to know the kids with the language barrier was harder, but I still got to know them by just playing with them like I would with kids at home. My Spanish was helpful because although the language is Portuguese, some words are similar. This previous knowledge helped a lot in following conversations that were happening around me. While at LINK I developed some skill in trying to work around the language barrier to communicate with others. I also developed some skill in teaching from helping the kids with homework and helping locals with English to helping Phil swim. Some challenges we faced while I was there involved the building of the playground. We struggled to find a welder who would agree to work and we struggled in explaining to the welder exactly what we wanted. My way of working through this was keeping a level head and staying flexible. We had multiple welders leave or not want to work, and miscommunications on what we wanted, but by the end, we found a good welder. We had to be okay with things moving slow and plans changing all the time which can be frustrating, but when able to stay positive it becomes easier to adapt to the unexpected changes. I believe that I did well while I was there because I did as much as I could to take weight off of Phil and Laura so that they could have a bit of a break. They also told me that having someone come to see them and help them is like a breath of fresh air, like bringing a bit of their Durango home to them and give them hope. It reminds them that people care about what they are doing and that we believe in them. I think they would happily take on another student. From this internship, I have further proved to myself that in the future I want to be traveling and in some field of mission work because when I do these things I fall in love with the people, the culture, and the whole experience.